Share a memory
Obituary & Services
Guestbook
Read more about the life story of WILLIAM and share your memory.

Mr. Reardon graduated from Piqua Catholic High School in 1962, and Miami Jacob Junior College with an Associate Degree in Accounting, and also attended Park College. Mr. Reardon served in the U.S. Air Force from 1962 to 1966, serving in the Vietnam Conflict in 1965. Bill served in the U.S. Army/Army National Guard from 1976 to 1994, assigned to Battery C 1st Battalion 136th Field Artillery at the Piqua Armory from 1976 to 1989, as an Administrative Supply Technician and later Unit Supply Sergeant, he was transferred to Headquarters 1st Battalion 136th Field Artillery in Columbus in 1989 where he served as Battalion S4 Sergeant until 1994 when he retired as a Sergeant First Class. Bill is known for starting the Safety Town program for local children at the Piqua Armory. He retired from Clopay Building Products in Russia, Ohio after 15 years of hard work and service. He then worked as a security guard for Perrigo in Covington for about three years before his health declined. Bill was a member of the V.F.W. Post 4874, where he served as Commander for two years. He was also a member of the Piqua Fraternal Order of the Eagles #614. Bill was an avid Bengals fan, so much so that he went to the infamous Freezer Bowl in 1982 when the Bengals won the AFC Championship in below freezing temperatures. He enjoyed going fishing with his grandsons and spending time outdoors. He was also a very dedicated sports grandpa, rarely missing the opportunity to go to his grandson’s Piqua football games, track meets, award banquets, or anything to support them.

A service to honor his life will be held at 10:00 a.m. Thursday, January 26, 2023 at the Jamieson & Yannucci Funeral Home with Rev. Dr. Keith Gebhart officiating. Burial will follow at Miami Memorial Park with full military honors by the Veterans Elite Tribute Squad. Visitation will be held from 5:00 to 7:00 p.m. on Wednesday, January 25, 2023, also at the funeral home. Bill will be wearing his Joe Burrow jersey, and those attending the services are welcome to wear their favorite sports attire as well. Memorial contributions may be made to Hospice of Miami County, 3230 N. County Road 25A, Troy OH 45373 or to the Miami County Animal Shelter, 1110 N. County Road 25A, Troy OH 45373. Guestbook condolences and expressions of sympathy, to be provided to the family, may be expressed through jamiesonandyannucci.com.

To send flowers to the family or plant a tree in memory of WILLIAM P. "BILL" REARDON, please visit our floral store. 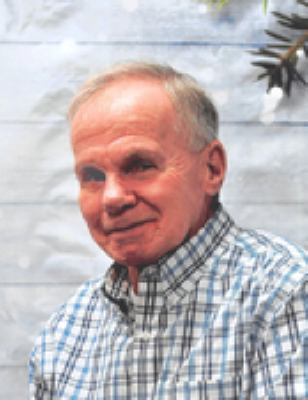